I've also spent a lot of time with CI/CD for tricky projects with custom environments (like Unity + Apple Hardware on a CI system). In fact, this page is built using a CI/CD workflow!

A collection of released projects, either worked on professionally or personally 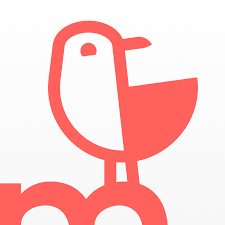 An Android app to engage with the community, developed for Hamburg Sparkasse

A collection of efforts to which I contributed, but did not create. Contributing back to Open Source projects is a strong passion of mine, and requires a considerate approach to learn norms, standards and approach for each community for a successful merge! 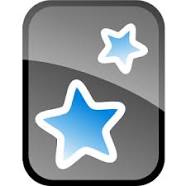 Created and maintain this project for editing Anki flashcard decks in Ruby. Compatible with Desktop and Mobile Anki apps. 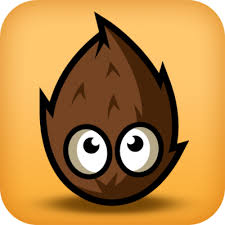 Logistics and Warehousing for B2B customers.

Devops for an iOS project in conjunction with Mercedes / Daimler.

Design and maintenance of Wooga's in house SDK system and management of infrastructure.

Development of an internal game prototype

Full stack development for a variety of agency products.

Note: The broadcast referral functionality has been deprecated by Google Play and will be removed on March 2020. The new implementation involves connecting directly to the Play Store app - documentation is available at https://developer.android.com/google/play/installreferrer The install referrer is an intent on android, which is broadcast after the app install to give the app information about the reason it was installed. This is useful if you're tracking marketing / paid installs and you want to tell between paid and organic installs.

In the past few weeks I discovered Omniglot and Anki and thought it'd be pretty cool to be able to create flashcards for the useful phrases listing. Being able to say “this guy pays for everything” in Turkish, or “my hovercraft is full of eels” in Norwegian could be an incredibly useful life skill. And so AnkiRB came into existence. The library basically replicates what the application itself does when you create flashcards via the gui, except uses ruby's sqlite package to create flashcards and bundle media files together.

Make is solid. It's been around since before the internet and still one of the most important tools used today. As such - it's tried, proven, tested, and was used in some of the most successful projects out there. …but what are the chances that something so old got it right the first time? What are the chances that good old Make is the be-all, end-all, perfect ultimate solution for every possible development project?

How to write a bug report

Note: This is a post I created for internal distribution when writing bug reports for mobile applications. I'm sharing it here because I think it's useful for future situations. What's a bug report Bug reports exist only to inform people about software defects. They are not for notes, for tracking work done or for planning. There are better systems for this. The best bug reports will have as much appropriate information as possible to help asses get kicked as fast and effectively as possible.

OBBs (Oriented Bounding Boxes) allow for a greater degree of accuracy than their axis aligned counterparts in the field of collision detection. It turns out this is a lot simpler to implement in 2D than 3D. Here's my own take on it, which I hope to put to heavy use in an ongoing project. The OBB is modelled by an orientation matrix (in the form of two Vector2's because the Matrix type seems to suck), an origin and a Vector2 representing the +ve half widths in the x and y axis.

See all Blogs for more examples!